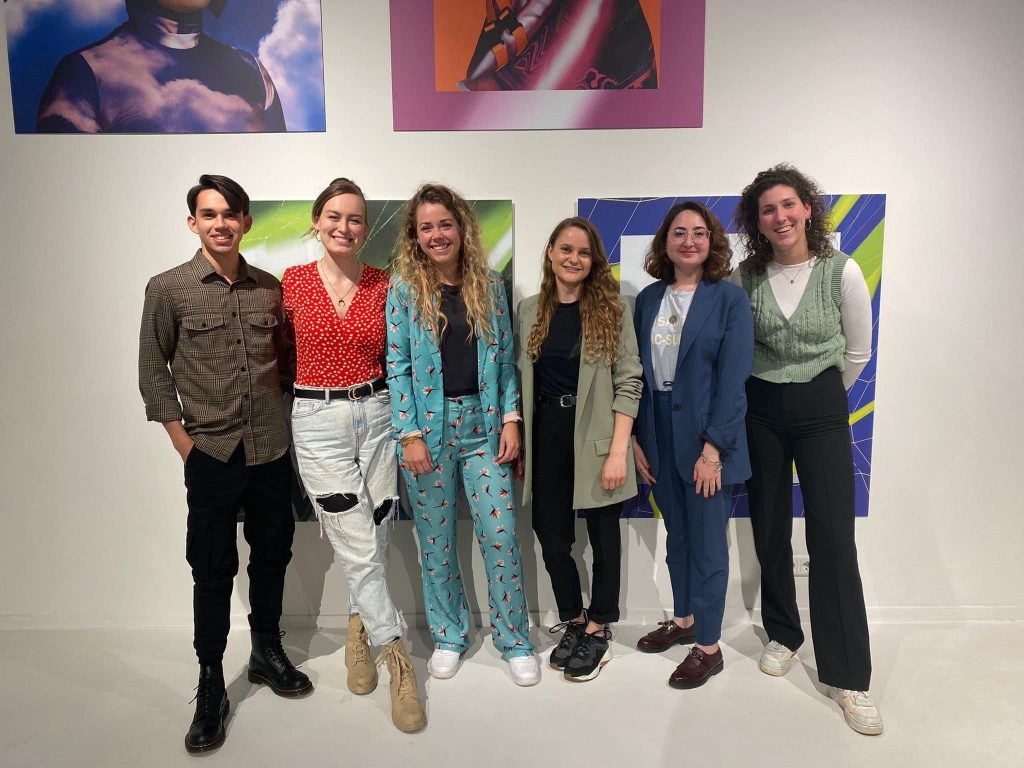 Last week already wrapped up our last session of the Coopr Academy – once again proof of how time flies! Five weeks ago, we set foot into the Candid office for the first time, not knowing what to expect from the sessions ahead of us or who we would be working for on the PR case. I remember the nervous faces in session one when we were about to find out who the client would be, then excitedly listening to Ivette from Madurodam’s marketing team sharing the challenge with us: “Show people that Madurodam is more than just miniature.” Challenge accepted! So, for the following weeks, the ten participants of the Coopr Academy worked on a case in two teams, both supported by one of Coopr’s PR experts. The team of Group 1 had the pleasure of working with Anouk, while the team of Group 2 was supported by Lotte. The weekly sessions guided us along the way to in the end come up with a complete, well-thought-through PR strategy to solve the challenge set to us by Madurodam. We learned about insights and strategy, corporate communication, brand PR, influencer marketing, and how to best use our creativity for brainstorming and the pitch. Sounds like quite a lot, right? We can with certainty say that the range of practical knowledge we gained within those five short weeks was nothing we could have learned at university within the same time. But what did the teams come up with in the end? Was it enough to convince the critical jury of their creative ideas? And did all the hard work in the end finally pay off?

It is safe to say that the tension was high. The room was filled with excitement and nervous faces. Group 1 went first – with Kai, Sophie, Magda, Elisa, and Marloes! After telling us their favorite fun facts about the Netherlands (like getting a Tikkie for 18 cents or not being able to use the Dutch bikes due to being too small) they presented their grand idea!

In short, they wanted to bring Madurodam to the people. Based on street interviews they found that two years of Covid have made it harder for families to enjoy quality time due to lockdowns, home-schooling, or working from home. Very willing to go out now, families are still held back by limited financial means due to the economic disruptions or they simply find it hard to organize a full day out. So, the team decided to give back to those families. To lower the threshold of families enjoying a nice day out at the theme park, “Madurodam on tour” was born. A van converted into a mini version of the attraction “The flying Dutchman” would be touring around the Dutch cities and beaches over the weekends in the summer months. Additionally, four fun characters representing four attractions would join the tour and guide the kids through the attractions on tour: a football-based game where kids can learn the best tricks, score goals, and win free tickets to the park, a DJ set where they can mix their favorite tunes and two funny historical characters teaching kids about the Dutch history in an entertaining way. The idea is accompanied by many add-ons, from polaroids for the tour that include a valid discount code for Madurodam to TikTok challenges. The campaign was planned to be kicked off with exclusive influencer home visits and editorial visits. To conclude, it was all about showing families that Madurodam is indeed more than miniature. It is experiencing the Netherlands in an immersive and exciting way. Fair to say that the group also had some fun ideas for presenting the pitch, for example introducing the attractions on tour by enacting the characters that would guide the kids around. After the pitch, some questions from the jury awaited, but after that, Group 1 could finally relax.

So now to Group 2, what might they have had in store? Elke, Tamara, Viki, Nurisha, and Jerick had also put their heads together for five weeks and by no surprise, come up with a strategy for Madurodam that did not disappoint.

Funnily enough, also Group 2 wanted to bring Madurodam to three cities with an experience-bus! Great minds think alike, right? However, they chose Rotterdam, the Hague, and Amsterdam and the idea was based on the following insights: Miniature is associated with “static”, families want to give their children experience and children like collecting things. But what exactly did they plan to do? On Mondays, QR codes would be sprayed around main landmarks in the three cities such as the Erasmus Bridge using spray chalk, guiding the people to a secret location a few days later where they would find the experience truck. Also, two influencers would promote the mysterious QR codes on their stories to create exitement and buzz. The truck would have a snippet of the water management attraction inside and additionally go to schools in the three cities.

It is supposed to give people a taste of the park to make them want to come back for more! A survey would additionally be conducted about topics such as education, Dutch history, and children’s learning experiences to show the relevance of the experience truck to journalists and have them report on it. For the PR strategy, stickers would be the tying element among all the elements. Shown on the truck and in the QR codes, additionally a collection of medallions would be initiated over the Summer to create a Madurodammers community. In the end, they had  also been asked some pointy questions by the jury after, but mastered the task well!

So, after both groups had presented their best pitch the hour of truth had begun. Who convinced the jury the most? The tension was high and the patience of the ten students was challenged. In the end, Group 2 could convince Madurodam with their idea! Well done! However, it apparently was a very close “race”, having the jury decide on small details. The lucky winners got a surprise of two free tickets to Madurodam each to finally visit the park! However, the tight race only shows the essence of the Coopr Academy: within such a short amount of time, both groups learned such valuable insights and worked so hard that in the end, they used their creativity and strategic thinking to deliver two good pitches and strategies. Now we can look back at an incredible learning experience and a great time of meeting many inspiring people and making new friends. The conclusion? The Coopr Academy kept its promise once again: to close the gap between academia and practice and inspire with the real workings of PR while also building bridges between IBCoM and the different Master’s programs.