Let’s get creative: Developing new ideas in the third session of the Coopr Academy 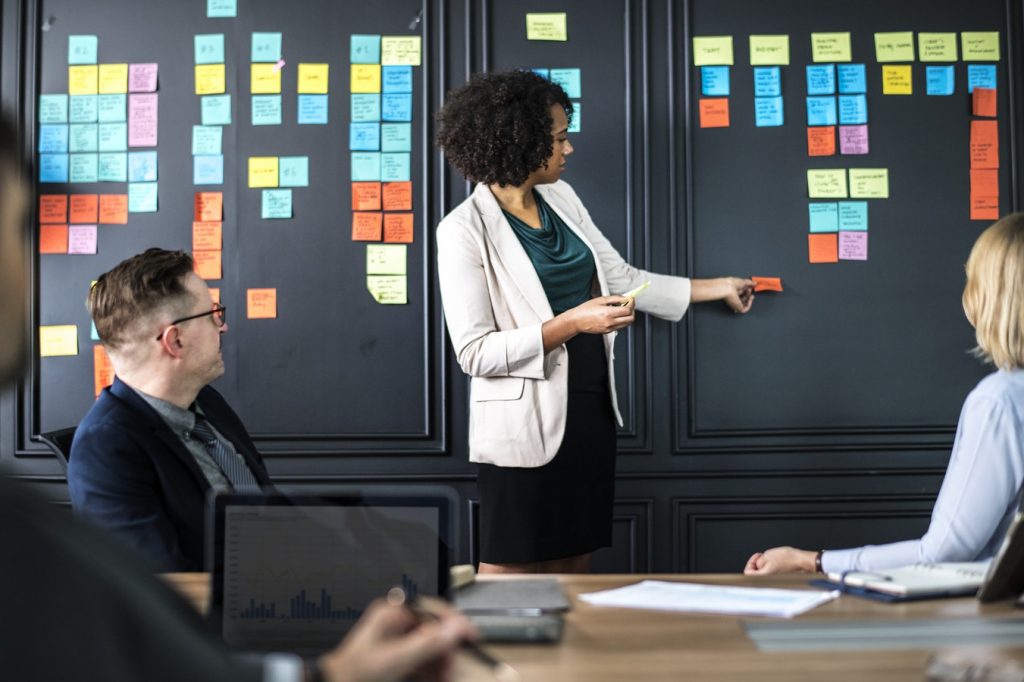 The agenda of the third session of the Coopr Academy was all about creativity and influencers – two topics that everybody is talking about all the time. But how does it work to always come up with innovative ideas for a PR campaign? And do we actually know how to successfully incorporate influencers into the game? The speakers from Coopr most certainly had plenty of insights for us from their experiences in the field and invited us to dive deeper into the Coopr model.

In the first part of the workshop Arusha Mau-Asam, Senior Advisor at Coopr, talked about the creative process and how it is integrated into the creation of a strategy. After clearly defining the goals and objectives, the brainstorming can begin and that means making associations, thinking about images and feelings and sharing ideas, no matter how feasible or crazy they sound at first. After that, it is necessary to narrow all the available options down and to select the ones that seem most suitable to achieve the defined goals. A helpful advice that Arusha gave us is to always pay attention to the perspective of the customer throughout the process and to consider what they want from a product.

Following that, Junior Consultant José van Genderen gave us some insights about how and when to work with influencers – and when it is better to avoid it. Especially when a campaign is targeting younger or specific audiences, influencers can be a great way of reaching people. As it was stated in the presentation, “people follow people, not brands”, so getting influencers on board can make a campaign more credible and authentic. Another interesting fact to consider is that influencers are not only actors and singers or, Instagrammers with hundreds and thousands of followers – in a certain context everybody can be an influencer. Depending on the product that is being advertised and the audience that is targeted, sometimes the most influential communicators can be experts, niche-bloggers or just normal users.

As in the week before, the input that Arusha and José gave us was accompanied by multiple examples of actual PR campaigns. An impressive example that showed how a very simple idea can generate a lot of buzz on social media was a campaign for the NHS to motivate more people to donate blood. In cooperation with companies, newspapers and other media outlets, the letters A and B were removed from logos, cover pages, storefronts and so on, to raise awareness for the shortage of blood transfusions and the need for more donors. A great example from the Netherlands was that of Holy Shit shoes. The campaign succeeded by gaining a lot of attention right after its initiation – the video of the campaign got almost 35.000 views within the first 48 hours – but also managed maintained the attention over time through collaborations with different influencers.

Looking at these examples sparked the question at what point does PR end and marketing begin. With all the options that digital and social media provide today, the lines between the two fields are blurring more and more. So, it might be more accurate to think of both fields combined as Communication.

After a splendid meal, which was again provided by the location Hotel Stroom, we concluded the session with the fun activity of trying out some of the brainstorming techniques that had been introduced earlier to come up with some fresh ideas for the Pathé communication strategy that we are currently working on in two teams. We first tried out the alphabet technique, which means that for each letter of the alphabet we tried to come up with terms that we associate with Pathé or with the aim of our strategy. Then each of us chose a couple of inspiring terms from that collection to use them for brainwriting. For this technique, everybody wrote down an idea that could be used as a tactic. Then we handed our sheets to the person on our left and either added a new idea or further developed the one that was already written down. This went on for five rounds. At first, we were not completely sure whether we would be able to come up with new ideas which are not related to what we have been working on so far, but the results of the brainstorming showed quite the opposite: not only did we come up with a broad variety of new ideas but we were also able to build up on each other’s suggestions and develop them further.

Now the task is to select those ideas that can be used as tactics. For that, it is important to always look back at the strategy and scrutinize if a tactic matches it. Because otherwise, the greatest ideas can be useless if they cannot be embedded into the overall strategy. We are now working in our teams on our pitch for Pathé and looking forwards to the next session of the Coopr Academy!